The Magical Cat
Digital Illustration, Procreate + IPad Pro
The Cat is a symbol of various connotations. It varies from negative aspects such as being linked to darkness and evil to very positive characteristics such as independence, liberty, spiritual enlightenment, intuition, balance, and hope. For thousands of years, people have worshipped and dreaded them. In ancient Egypt they were considered spiritual protectors that guarded the Pharaoh and were a representation of the Sun God, Ra. Public opinion was of it holding some divine essence in it.

In the Celtic culture, when a black cat crosses your path, it is symbolic of magic, good luck, the use of gratitude and thankfulness for increasing your abundance. Black felines are also about trusting your journey and believing in yourself. They are a guide between the physical and the spiritual. Thus, they are a bridge between the realm of the unseen and the seen. 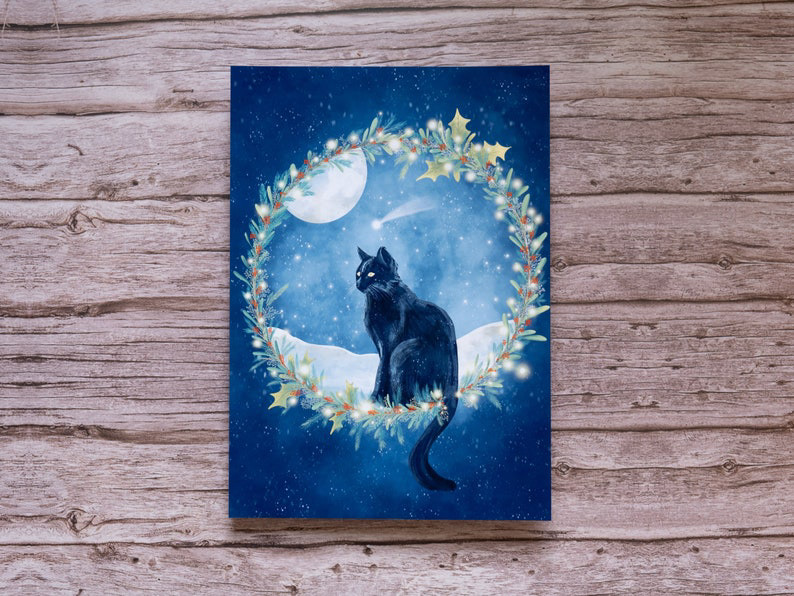 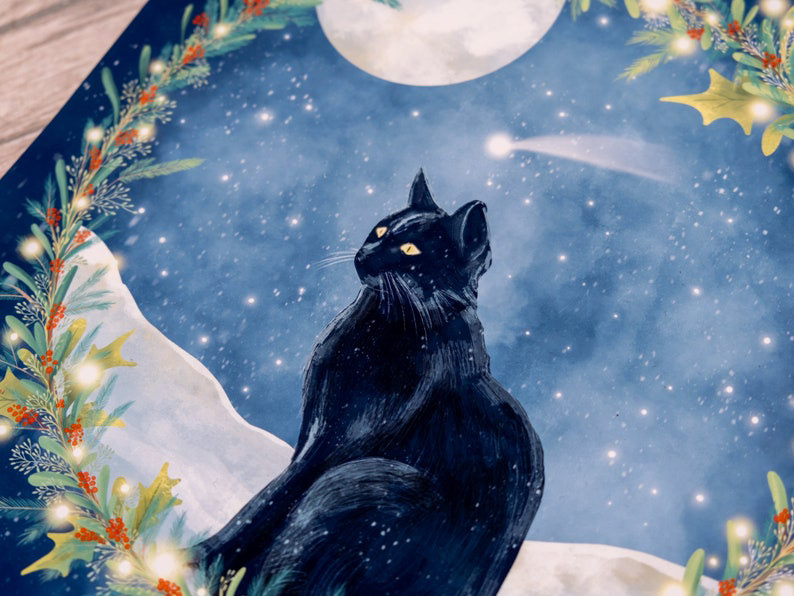 I create my artwork under the moonlight and each piece has a touch of magic. For me, the personal touch is essential, that's why I carefully print and pack all my artwork at my home studio. I am always happy and honored when someone purchases my work, so I send them with the best intentions and love.

If you feel a connection to this illustration and you would like to have it, this piece is now for sale: 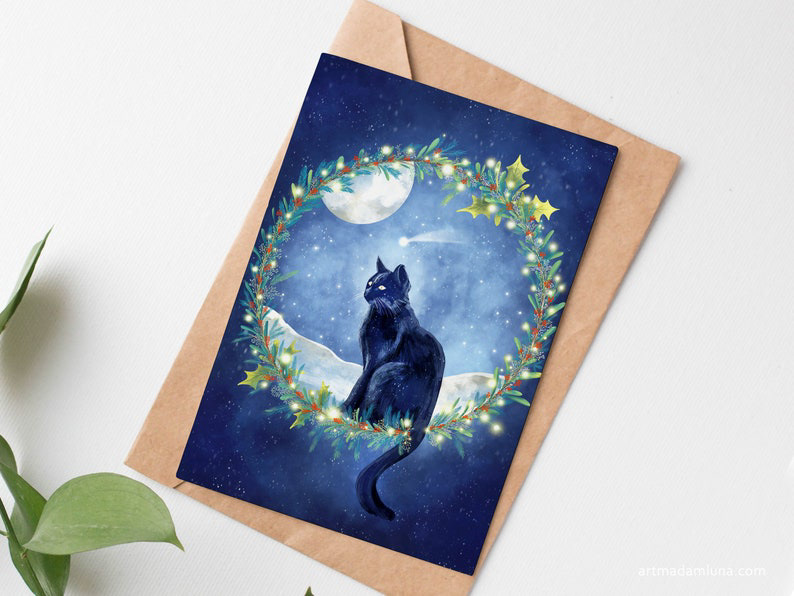 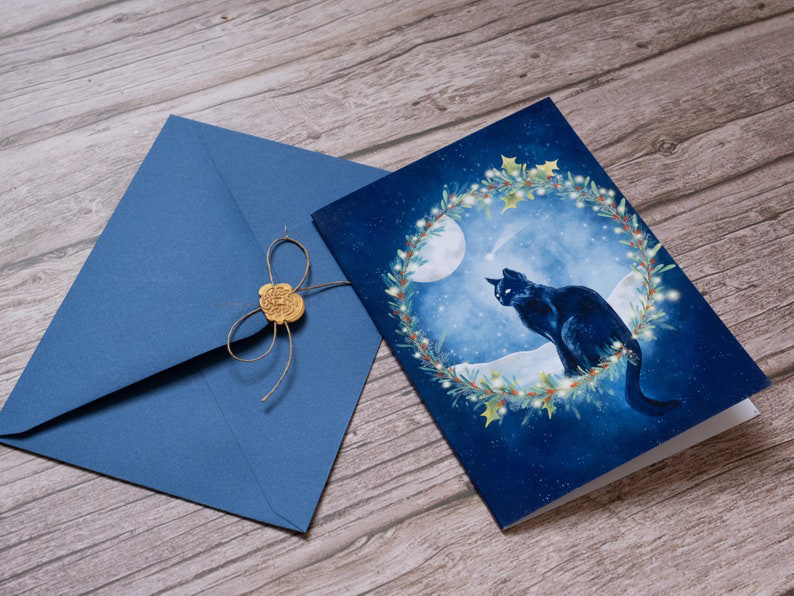 The New Moon In Gemini

The New Moon In Taurus

The New Moon In Pisces